Today we rewind the clock to 1961 to the largest ever attendance at an All Ireland football final (90,556) between Down and Offaly. On that same day, Cork Minor footballers won their first ever all Ireland minor title beating Mayo 3-7 0-5. Our intrepid cameraman in this photo was double jobbing on the day - Ned Monaghan who was a sub on the team but also happened to have a camera with him.

This photo shows the team parading around the field and it was the last time ever that the Minor teams paraded before the final. The photo shows Tom Monaghan (who scored 2-1 on the day), Des Nangle (Ballincollig), Frank Cogan (Nemo Rangers) and John McGrath (Mitchelstown footballer and Kildorrery hurler). 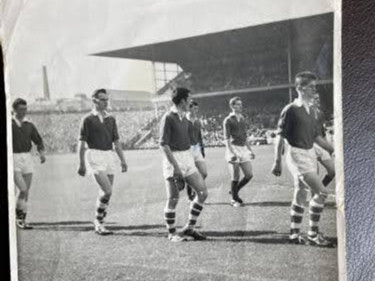 The team was captained on the day by Ned Coughlan (Mitchelstown minors and Glanworth who also hurled with Kildorrery!). The team will celebrate their 60th anniversary later this year and is a historic photo with many Kildorrery connections to a famous day in GAA history.

Next up is the official opening of Kildorrery GAA sportsfield in 1960: 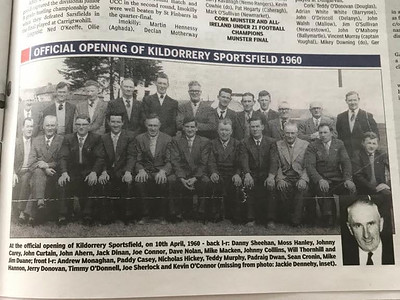 Also today we have the 1963 North Cork Hurling Champions: 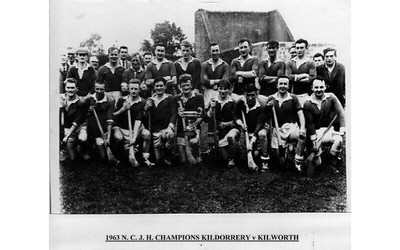 And finally today we have the Kildorrery GAA players who took part in the All-Ireland club seven-a-side competion in 1999: 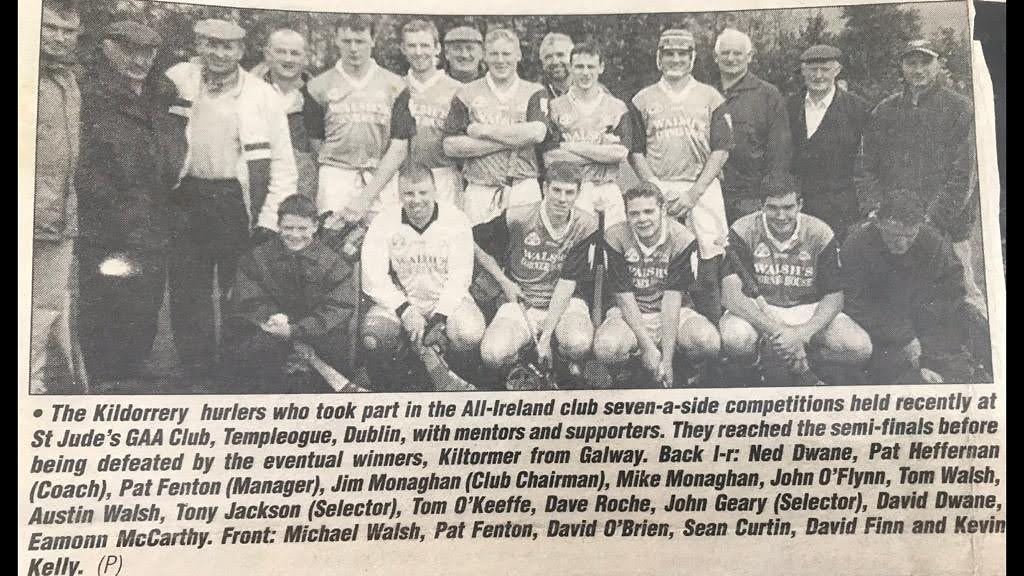